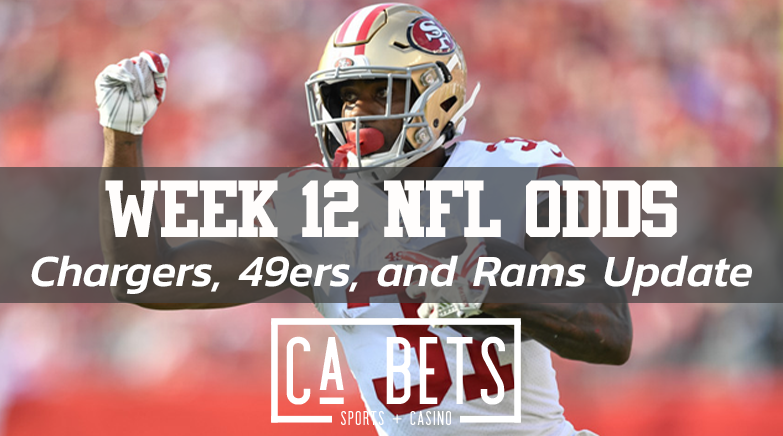 California football was an interesting watch last week as the Chargers almost blew a lead against one of the worst teams in the history of the NFL. Meanwhile, on Monday Night Football, Goff stepped up and won the game for the Rams against a stacked Buc’s roster. This week we have a California showdown between the Rams and 49ers, as well as a projected barnburner between the Chargers and Bills. It is going to be a great Thanksgiving week of football in the Golden State.

This Bills and Chargers matchup is going to be one of the most entertaining games of the week. First of all, Herbert versus Allen has to be the talk of the town. These are two young QBs who many people doubted coming out of college. However, both look like bonafide superstars that will be dominating the league for years to come.

One of the best games inside the game this week has to be Kennan Allen vs. Tre’davious White. Kennan Allen has been one of the most efficient route runners this year and pretty much his entire career. Meanwhile, White is arguably the best cornerback in the game, with only a few other names like Jalen Ramsey even in the conversation. The winner of this matchup may tip the game in one team’s favor.

At the end of the day, I like the Buffalo spread and the over on the points. Anthony Lynn has proven one thing in his career as the head coach of the Chargers: he is a loser. The man does not know how to finish off and win football games as a head coach. This was evident when they almost blew a lead to Joe Flacco and Adam Gase, the worst head coach in the history of the game.

Herbert and Allen will have monster games, and this point total could fly into the 60s with no problem.

The oddsmakers are totally off the 49ers and on the Rams’ hype train. I completely understand this, but we cannot forget that the Rams have been woefully inconsistent this year, and the 49ers do one thing right. That one thing is rushing the football, something the Rams have struggled with stopping.

Raheem Mostert should be back for this game, which means that he will be terrorizing the Rams’ defense. I love the 49ers +7; I think that with the low-scoring nature that this game is trending to, the 49ers will have no issue staying within a touchdown.

If you are betting on the -7 for the Rams, you are betting on Goff once again dominating, and I just do not feel comfortable doing that. Jared Goff has looked good the past couple of weeks, but this is Jared Goff. The 49ers will be able to get pressure and cause him to make mistakes.

I do not like the over/under value, either way. However, if forced to choose, I would pick the under, but I think the real value is in the 49ers +7 this week.