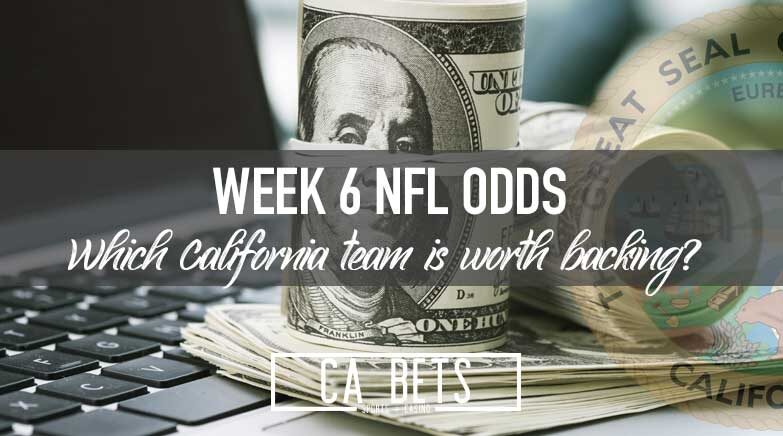 Week 6 of the NFL season is here! The first showdown between California teams is going down this weekend between the Los Angeles Rams and the San Francisco 49ers. The Rams are off to a great 4-1 start to the NFL season, while the Niners continue to struggle as they sit at 2-3. The Chargers are currently 1-4 after suffering another tough loss on Monday night to the Saints.

This week, the Chargers are on a bye as they try to regroup from a tough start to the season. Having the extra week to prep should help this team coming out of the bye.

The Los Angeles Rams are coming off yet another win on the east coast. They beat Washington 30-10 and now sit at 4-1 on the season. The San Francisco 49ers are starting to skid as they lost at home to the Miami Dolphins 43-17. Both teams look to be heading in opposite directions heading into their Week 6 matchup.

This could be the perfect buy-low spot for San Francisco. The team has suffered numerous injuries in the last few weeks, including quarterback Jimmy Garoppolo missing time and then being benched at one point against the Dolphins. Last week could have been the wake-up call for Jimmy G to figure things out.

The Rams have one of the best offenses in the NFL this season, with an efficiency rating of 21.8%, the fourth-highest in the NFL, according to Football Outsiders. However, the Rams have played fairly weak defensive teams this season. Outside of Washington, none of their opponents ranked in the top-15 of defensive efficiency. The 49ers currently are 11th in that category and can still produce even with a banged-up team.

On the defensive side, the Rams have been elite, but yet again, some of the offenses have been fairly weak outside of Buffalo and Dallas, and the Rams allowed a lot of points from those two squads. The 49ers have been pretty bad on offense but have been dealing with injuries. This could be a good week for the Niners to bounce back against an overrated defense.

Another thing to take note of will be the special teams battle. San Francisco has a huge edge over Los Angeles on special teams. The Niners ranks 13th compared to the Rams 29th ranked spot. A big play on special teams could swing the outcome.

The bet is gross, I know. The number sitting at 3 feels very off looking at it. The 49ers have been terrible this year while the Rams have been dominant—especially the last two weeks with San Francisco on a two-game losing streak.

However, this is a good time to back them. Even with the injuries, the 49ers did represent the NFC in the Super Bowl last season. Kyle Shannahan should get things right for the Niners, and a win against the Rams would put them in the right direction. Back the underachieving team this week on Sunday Night Football.