World Series Game 6: Do the Dodgers Close it Out Tonight? 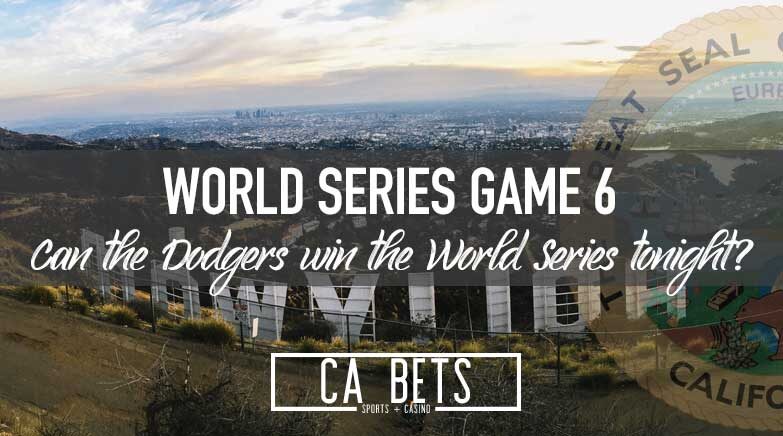 The Los Angeles Dodgers and Tampa Bay Rays face off in an elimination Game 6 at Globe Life Park in Arlington, Texas. The first pitch starts at 5:08 PM PT. The Dodgers currently lead the Rays 3-2 in the series and have a chance to close it out tonight with a win.

If the Dodgers can get a win tonight, it will be the first World Series victory since 1988.

Blake Snell will take the mound for the Rays, and the Dodgers will send Tony Gonsolin to the bump. This same pitching matchup happened in Game 2 when the Rays won 6-4, evening the series at 1-1.

Now, Gonsolin will look to average himself from that game in hopes of helping Los Angeles secure its first World Series since ’88. The Rays hope Snell can put on a similar performance in Game 2 and extend to seven games.

Game 6 provides a huge edge on the mound for Tampa Bay. This postseason, Blake Snell, has a 3.33 ERA, 5.29 FIP, and 4.36 xFIP with 14 BB and 28K. Those aren’t legendary postseason numbers, but Snell has been a quality pitcher for Tampa Bay in October.

On the other side, Gonsolin currently has a 9.39 ERA, 8.67 FIP, and 7.10 xFIP this postseason. He hasn’t had the workload in October with only 7.2 IP, but it could be a long night for the Dodgers bullpen if he struggles out of the gate early.

The bullpens will be a trickier thing for both managers to navigate. The Dodgers will need to be mindful of arms to bring in for tonight to help win while also being mindful that a Game 7 could knock out its most needed arms. On the other side, Tampa Bay will most likely be all hands on deck to keep its season alive. However, with the amount of bullpen usage the Rays have had, their best arms could be tired and cost them in Game 6.

For the total, keep in mind about the roof being opened or closed. In games, when the roof has been open in Arlington, the ball has been flying off the bat compared to when the roof is closed. If the roof is open, then the over could be a play tonight.

This game could come down to the bats again. The Dodgers and Rays are at disadvantages with the hardness of the pitchers going. The Dodgers struggle against lefties while the Rays struggle against righties. The one thing to look for is how the Rays bullpen attacks Dodgers hitters as everyone in Tampa Bay throws at a different arm angle, making it more difficult for hitters to watch the ball.

If the Rays bullpen can come up clutch tonight, then we could see a Game 7 tomorrow.

There is a slight edge with Snell of the mound for Tampa Bay. He looked great in his Game 2 start against a lethal Dodgers lineup. The Rays need to get to Gonsolin early to help exhaust the Dodgers bullpen for Game 7. Los Angeles should be relatively fresh, but getting more arms out of the Los Angeles pen could help Tampa Bay tomorrow if they get the win.